Most of my free time is spent doing IT based things with my own homelab. IT is my main passion and I love doing technical things with enterprise grade hardware and software to explore and learn what it is like in an actual production environment. I run my own server (which actually hosts this very site) and various other networking gear to make up a learning and experimentation platform for doing the various things I previously mentioned.

This is the equipment I am currently using 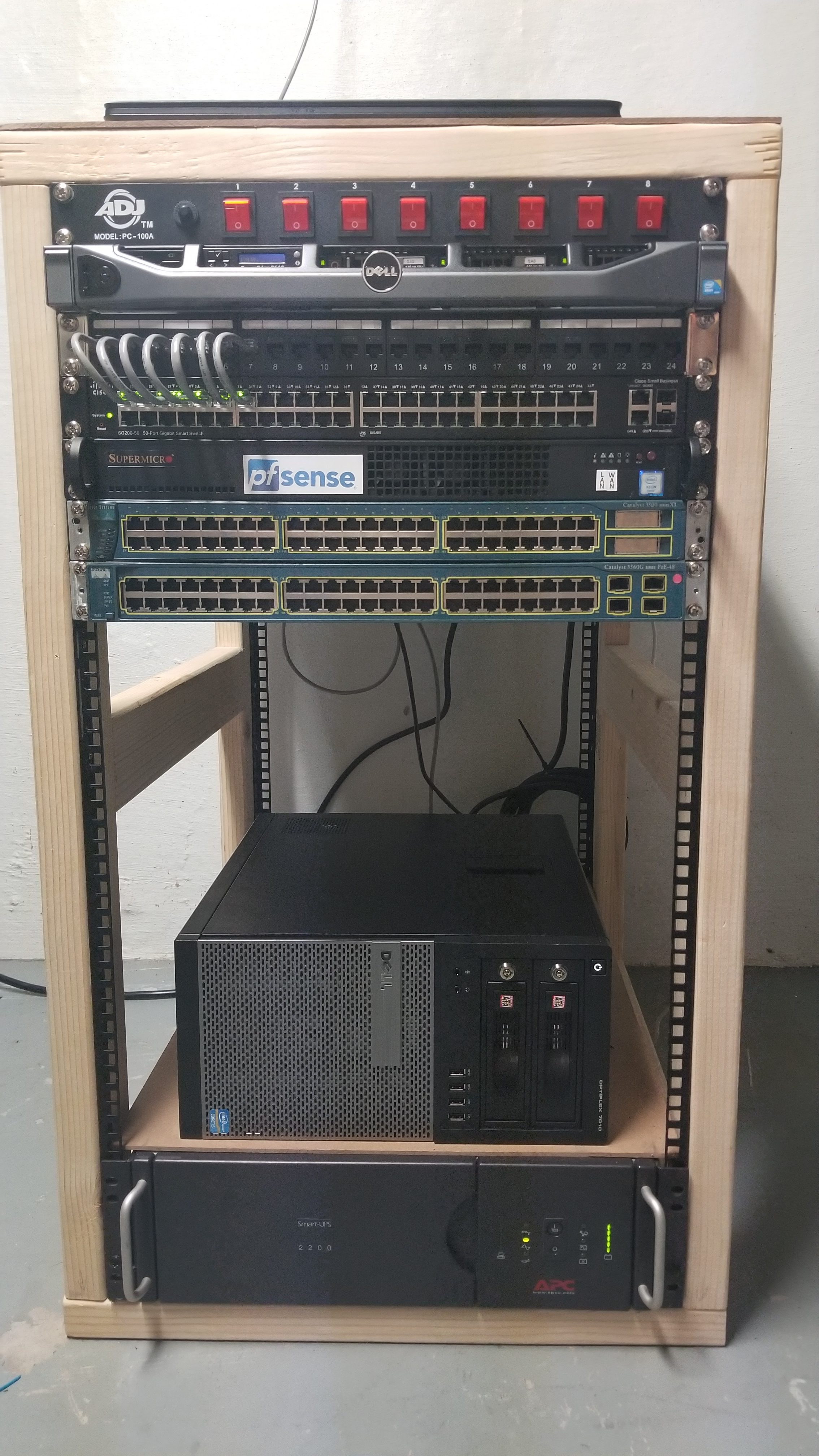 <— Fiberstore feed thru patch panel (RJ-45 ports on both sides)

The Dell R610 currently runs Proxmox on it and has a few virtual machines running. The main two that always run are the Ubuntu server 18.04 LTS VM that hosts this very site and a 3CX IP PBX installation for the Cisco 7960 IP phones I have around the house.

The optiplex runs Ubuntu server 18.04 LTS and basically just has mdadm, a few web scraping scripts, an NFS server and Plex running on it.

<— Big and heavy APC Smart UPS 2200VA (DL2000RM) with an AP9631 NMC installed. Will run the essentials/always on’s for a little over an hour straight.